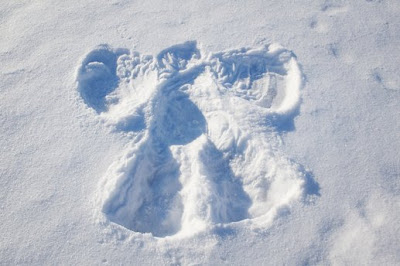 Walking through a field with my little brother Seth

I pointed to a place where kids had made angels in the snow.
For some reason, I told him that a troop of angels
had been shot and dissolved when they hit the ground.

He asked who had shot them and I said a farmer.


Then we were on the roof of the lake.
The ice looked like a photograph of water.

Why he asked. Why did he shoot them.

I didn't know where I was going with this.

They were on his property, I said.


When it's snowing, the outdoors seem like a room.

Today I traded hellos with my neighbor.
Our voices hung close in the new acoustics.
A room with the walls blasted to shreds and falling.

We returned to our shoveling, working side by side in silence.


But why were they on his property, he asked.