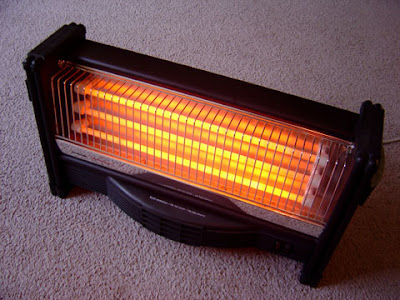 On the then-below-zero day, it was on,
near the patients' chair, the old heater
kept by the analyst's couch, at the end,
like the infant's headstone that was added near the foot
of my father's grave. And it was hot, with the almost
laughing satire of a fire's heat,
the little coils like hairs in Hell.
And it was making a group of sick noises-
I wanted the doctor to turn it off
but I couldn't seem to ask, so I just
stared, but it did not budge. The doctor
turned his heavy, soft palm
outward, toward me, inviting me to speak, I
said, "If you're cold-are you cold? But if it's on
for me..." He held his palm out toward me,
I tried to ask, but I only muttered,
but he said, "Of course," as if I had asked,
and he stood up and approached the heater, and then
stood on one foot, and threw himself
toward the wall with one hand, and with the other hand
reached down, behind the couch, to pull
the plug out. I looked away,
I had not known he would have to bend
like that. And I was so moved, that he
would act undignified, to help me,
that I cried, not trying to stop, but as if
the moans made sentences which bore
some human message. If he would cast himself toward the
outlet for me, as if bending with me in my old
shame and horror, then I would rest
on his art-and the heater purred, like a creature
or the familiar of a creature, or the child of a familiar,
the father of a child, the spirit of a father,
the healing of a spirit, the vision of healing,
the heat of vision, the power of heat,
the pleasure of power.

Sentimental Moment or Why Did the Baguette Cross the Road?

This is a poem about a father who sometimes forgets that his son has become a grown-up. 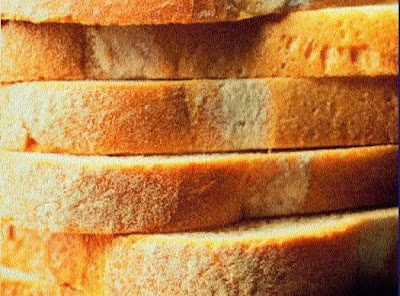 My son, whose hair may be
receding a bit, says
Did you really just
say that to me?

What he doesn't know
is that when we're walking
together, when we get
to the curb
I sometimes start to reach
for his hand

Notice how the ending of this poem is an implied warning against smoking. 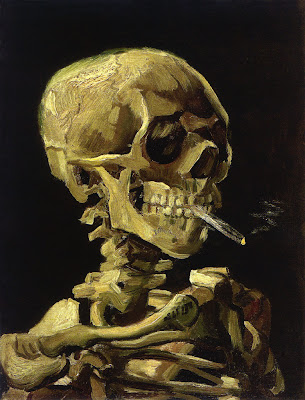 I like the cool and heft of it, dull metal on the palm,
And the click, the hiss, the spark fuming into flame,
Boldface of fire, the rage and sway of it, raw blue at the base
And a slope of gold, a touch to the packed tobacco, the tip
Turned red as a warning light, blown brighter by the breath,
The pull and the pump of it, and the paper's white
Smoothed now to ash as the smoke draws back, drawn down
To the black crust of lungs, tar and poisons in the pink,
And the blood sorting it out, veins tight and the heart slow,
The push and wheeze of it, a sweep of plumes in the air
Like a shako of horses dragging a hearse through the late centennium,
London, at the end of December, in the dark and fog. 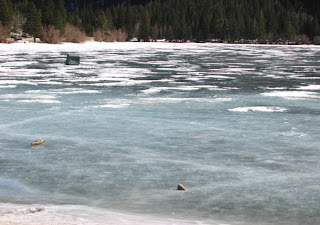 When we stride or stroll across the frozen lake,
We place our feet where they have never been.
We walk upon the unwalked. But we are uneasy.
Who is down there but our old teachers?

Water that once could take no human weight-
We were students then-holds up our feet,
And goes on ahead of us for a mile.
Beneath us the teachers, and around us the stillness. 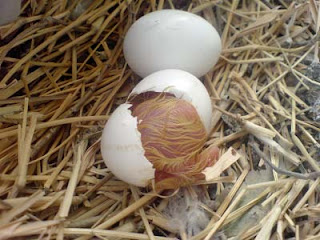 Love comes hungry to anyone’s hand.
I found the newborn sparrow next to
the tumbled nest on the grass. Bravely

opening its beak. Cats circled, squirrels.
I tried to set the nest right but the wild
birds had fled. The knot of pin feathers

sat in my hand and spoke. Just because
I’ve raised it by touch, doesn’t mean it
follows. All day it pecks at the tin image of

a faceless bird. It refuses to fly,
though I’ve opened the door. What
sends us to each other? He and I

had a blue landscape, a village street,
some poems, bread on a plate. Love
was a camera in a doorway, love was

the sparrow sings, famished, in my hand.