Today's poem is about the world of cartoons. 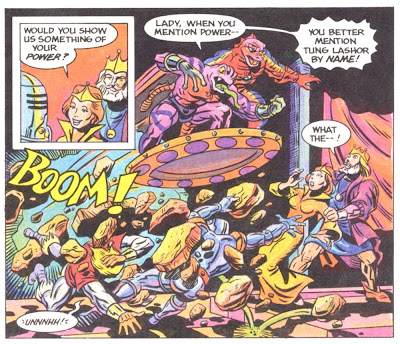 Children under, say, ten, shouldn't know
that the universe is ever-expanding,
inexorably pushing into the vacuum, galaxies

solar systems collapsing, all of it
acted out in silence. At ten we are still learning

the rules of cartoon animation,

that if a man draws a door on a rock
only he can pass through it.
Anyone else who tries

will crash into the rock. Ten-year-olds
should stick with burning houses, car wrecks,
ships going down -- earthbound, tangible

where they can be heroes. You can run
back into a burning house, sinking ships

have lifeboats, the trucks will come
with their ladders, if you jump

you will be saved. A child

places her hand on the roof of a schoolbus,
& drives across a city of sand. She knows

the exact spot it will skid, at which point
the bridge will give, who will swim to safety
& who will be pulled under by sharks. She will learn

until he notices his mistake.