This is a story-poem about a young man who falls in love at first sight with a girl and is filled with determination to marry her. 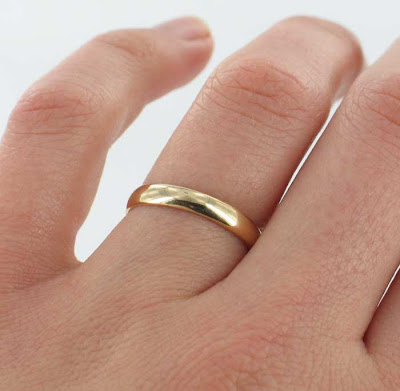 Between Wytheville, Virginia
and the North Carolina line,
he meets a wagon headed
where he's been, seated beside
her parents a dark-eyed girl
who grips the reins in her fist,
no more than sixteen, he's guess
as they come closer and she
doesn't look away or blush
but allows his eyes to hold
hers that moment their lives pass.
He rides into Boone at dusk,
stops at an inn where he buys
his supper, a sleepless night
thinking of fallow fields still
miles away, the girl he might
not find the like of again.
When dawn breaks he mounts his roan,
then backtracks, searches three days
hamlets and farms, any smoke
rising above the tree line
before he heads south, toward home,
the French Broad's valley where spring
unclinches the dogwood buds
as he plants the bottomland,
come night by candlelight builds
a butter churn and cradle,
cherry headboard for the bed,
forges a double-eagle
into a wedding ring and then
back to Virginia and spends
five weeks riding and asking
from Elk Creek to Damascas
before he finds the wagon
tethered to the hitching post
of a crossroads store, inside
the girl who smiles as if she'd
known all along his gray eyes
would search until they found her.
She asks one question, his name,
as her eyes study the gold
smoldering there between them,
the offered palm she lightens,
slips the ring on herself so
he knows right then the woman
she will be, bold enough match
for a man rash as his name.