Here's a moment of sports confusion for you. 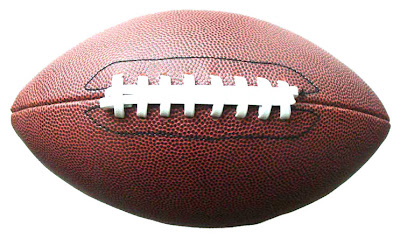 I take the snap from the center, fake to the right, fade back...
I've got protection. I've got a receiver open downfield...
What the hell is this? This isn't a football, it's a shoe, a man's
brown leather oxford. A cousin to a football maybe, the same
skin, but not the same, a thing made for the earth, not the air.
I realize that this is a world where anything is possible and I
understand, also, that one often has to make do with what one
has. I have eaten pancakes, for instance, with that clear corn
syrup on them because there was no maple syrup and they
weren't very good. Well, anyway, this is different. (My man
downfield is waving his arms.) One has certain responsibilities,
one has to make choices. This isn't right and I'm not going
to throw it.